My favorite food books are the ones that demonstrate the soul deep role of food in life -- beyond physical nourishment or even creating cooking. Here are three that come to mind:

Julie and Julia: My Year of Cooking Dangerously by Julie Powell
Powell was a secretary in New York who decided to make every recipe in Julia Child's Mastering the Art of French Cooking in 365 days. Powell's writing is honest, earthy and very funny. I just saw her discuss and read from her book at the Tattered Cover, and she was as engaging in person as in her writing. 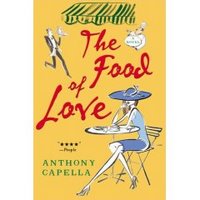 The Food of Love by Anthony Capella
A novel about food, love and life in Italy, completely sensuous and very sweet. 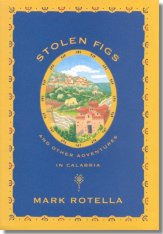 Stolen Figs: And Other Adventures in Calabria by Mark Rotella
Rotella searches for his roots and finds them in a piece of the world lost in time.
Cooked by Eric Riback 1 comment:

Having recently moved west from the southeast, not so far from great peach producing states, the last thing I expected was to learn I had moved to a state with a renowned peach crop. 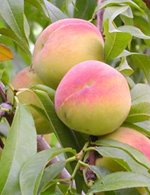 The peaches are not inexpensive, but in general I've found groceries in Denver to be more expensive than either of the last two places I've lived -- Virginia and Maine. The lowest price I've seen is $1.79 per pound, but I was able to buy some "defects" that were hardly bruised for less at the farmer's market last week.

This weekend I made peach pancakes. Just use your regular batter recipe and add diced peaches. Remember to cook them longer, and check your first batch to see they are cooked through. Works for waffles too.
Cooked by Eric Riback No comments:

The Second Avenue Deli was the last of the old neighborhood Jewish delicatessens. Growing up, there was one just like it in every Jewish neighborhood in the Bronx, Brooklyn and Manhattan. I never went to Queens, so I don't know about that.

When I lived in the East Village, in the early 70s, it was still a small neighborhood place with white tile floors and countermen with concentration camp tattoos on their arms.

Sometime in the 70s, the Deli expanded and the decor was made fancier, but the menu did not change. Eventually the countermen were Hispanic and Asian, but the servers were the same crotchety old Jewish men and women. I once saw a waitress spill soup on a customer and then yell at the customer.

A few years ago, the founder and owner was murdered while making a night deposit. His children carried it on for a while, but I've read that they didn't own the building and the rents in this now gentrified neighborhood (the half-railroad I rented for $75 in 1971 would probably fetch $1,500+ now) were too high, so they closed it earlier this year.

Yes, there are other Jewish delis in New York, not the last of them Katz's, but the 2nd Ave.'s demise truly marks the end of an era.

Still being creative with chopped meat, I bought a pound of chopped veal last week. I've typically avoided veal due to concerns about treatment of the animals, but I trust Whole Foods' policy (they won't sell lobsters any more, which I don't agree with, but it is indicative they are concerned about the creatures).

As chopped meat goes, it ain't cheap -- I think it was $8.99/pound, but still cheaper than any other cut of veal. Now, what to do? I looked up recipes for Veal Piccata and found one on the Food Network site by Emeril Lagasse. It worked beautifully with just a few adjustments. The sauce is lemony and intense. I served with pasta tossed in butter and olive oil flavored with a little garlic powder, which cut through the pungency of the veal sauce.

Do not be tempted to substitute chopped beef. This requires a delicately flavored meat. I could see chopped chicken as a possibility.

In a shallow bowl combine the flour, 1-1/2 teaspoons of the salt and pepper and stir to combine. Divide the veal into four sections and form into patties as thin as possible without them falling apart. Dredge the patties in the flour mix, being sure to coat thoroughly and then shaking gently to remove excess flour.

Heat the oil in a large skillet over medium high heat until very hot. Add 1-1/2 tablespoons of the butter. When it has melted, gently add the patties to the frying pan and cook until golden brown on both sides and cooked through, without burning, 4-5 minutes per side. Transfer to a plate and set aside.

Deglaze the pan with wine and bring to a boil, scraping to remove any browned bits. When the wine has been reduced by half, add the chicken stock, chopped garlic and lemon juice and cook for 5 minutes. Whisk in the remaining 1/2 teaspoon of salt, remaining 3-1/2 tablespoons of butter and the parsley.

If by the time the butter has melted the sauce has not begun to thicken, whisk in some of the leftover flour mix, perhaps a teaspoon, and then maybe one more if needed. Be careful not to overdo this.

Return the patties to the pan and cook until heated through, turning of desired, about one minute. Serve immediately, spooning sauce over each patty.


Cooked by Eric Riback No comments:

My wife injured several of her teeth, and while recovering from root canals, her ability to chew is limited, so I've been expanding my range of things made with chopped meat. I've never been a fan of chopped turkey, but desperate times call for desperate measures.

So I bought some chopped turkey, started experimenting, and have come up with a recipe for burgers that we all really like! I first bought the meat from a typical supermarket, but found that they often add flavorings and water. It worked OK, but I prefer the meat I can buy at Whole Foods, and I mix equal portions of white and dark meat at a combined price of about $5/pound.

Place all ingredients in a bowl and mix well (I use my hands, same as with meat loaf) and form into 4 patties. Grill or saute as you would hamburgers. I haven't measured the time it takes, but I think it takes longer than pure beefburgers. I suggest using an instant-read meat thermometer and after cooking 4-5 minutes per side, take the temperature. You're looking for 165 degrees.

*Panko is a Japanese form of bread crumbs, available at Asian groceries. You can substitute other bread crumbs, but make them as fine as possible.
Cooked by Eric Riback No comments:

Why is it that breakfast joints, even some otherwise good ones, insist on serving "Mixed Fruit" jelly? Guess it's cheaper, especially the no-name foodservice brands like Sysco.

Why do they think people want mixed fruit jelly? Do we buy it at the store? No!

A diner in northeastern Pennsylvania is attached to a grocery store. They don't sell Mixed Fruit Jelly in the store. So why do they think the same customer wants it when he dines out?

C'mon, restaurants, please serve real preserves, and spend the extra two cents to give us a decent name brand like Dickinson, Knotts Berry or Smuckers at least, OK?
Cooked by Eric Riback 2 comments:

Just over six months since my last post and the move to Denver. Hey, I've been busy. Denver is a great city, and I love being in a major city again where you can get just about anything. Here are some highlights so far... 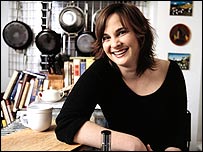 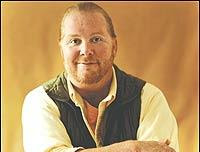 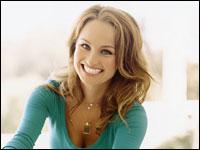